See Suite’s CEO Peter Berger at a Panel discussion on the future of content creation, filtering and more in Munich. 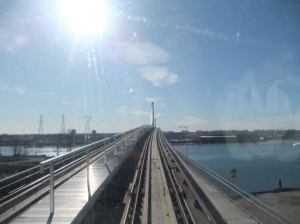 End of the Road

Filed under Travelling In the World

Some “Sports” Don’t Deserve a Trophy

One “Sport” That Doesn’t Deserve A Trophy

VANCOUVER, BC, February 24, 2010 — In a few short weeks, the B.C. government may ignore growing international condemnation of its wildlife management practices and reopen the trophy hunt of bears in the celebrated Great Bear Rainforest. And the spirit bear, which was featured in the Olympic Games’ opening ceremonies, could be one of its targets.

The future of the white Kermode or spirit bear is being put at risk because black bears that carry the spirit bear’s white fur gene are fair game for trophy hunters.

The genetically distinct Haida black bear and the grizzly bear, which is listed as a Species of Special Concern by the Canadian
Federal government, can also be killed senselessly for sport.

Coinciding with a public education ad campaign, supported by over 20 million people from 40 countries, conservationists have released a map showing that less than two percent of the white Kermode or spirit bear range actually protects the bears from trophy hunting in B.C.

“How can British Columbia be celebrating the spirit bear in the opening Olympic ceremony and as an official mascot to the Olympics when trophy hunting is allowed in over 98 percent of the animal’s genetic range?” asks Ian McAllister of B.C.-based Pacific Wild.

“It just doesn’t make sense to protect only the white coloured bears when the black bear also carries the gene that produces white cubs.” said Kitasoo-Xai’xais bear viewing guide Doug Neasloss who is currently at the Pan Pacific in Vancouver promoting bear viewing as an industry for his First Nation community.

“The spirit bear is a beautiful representative of evolution and we should not be tinkering with nature by allowing black Kermodes to be shot only to be hung on people’s walls. This is an archaic and shallow blood sport,” said Wayne McCrory, a Valhalla Wilderness Society biologist who has studied Kermode bears for 20 years.

Liz Barratt-Brown, an attorney with the U.S.-based Natural Resources Defense Council, is urging the B.C. government to end the trophy hunt. “The spirit bear is important enough to us that it is represented in our logo and our 1.2 million members and activists want to know that bears are protected in the Great Bear Rainforest.”

“The eyes of the world are on B.C. and the global campaign to end the trophy hunting of bears in Canada’s Great Bear Rainforest will continue to escalate until they are protected,” said Rebecca Aldworth of Humane Society International/Canada.

* In 2001, Premier Gordon Campbell overturned a moratorium on the trophy hunting of grizzly bears. Since then, over 2,000 grizzly bears have been killed for sport in B.C.

*The globally rare white Kermode bear is protected from hunting, but the black Kermode, that produces white offspring is subject to open season trophy hunting in over 98 percent of its natural range.

* A 2009 an Ipsos-Reid poll showed that nearly 80 percent of British Columbians are opposed to the trophy hunt of bears.

*Coastal First Nations are opposed to the trophy hunt of bears in their traditional territories.

List of organizations supporting an end to the trophy hunt:

Write or call the Provincial Government and let them know that it is time to end the trophy hunt of bears in the Great Bear Rainforest.
Premier of British Columbia
Hon. Gordon Campbell
email: premier@gov.bc.ca

My On going Olympic Impressions Blog

I wrote this blog from my heart. Please read it so that the those who are snatched from us so unfairly are never forgotten.
Julie

Hopefully some images to follow but I am downtown in the media centre waiting to talk to Michael Bidu (President of DigiBC) – will post that interview on suite when it is ready to go. 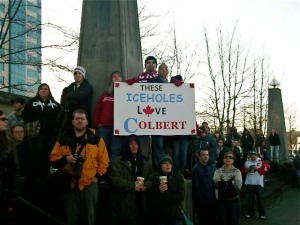 A Warm Olympic Crowd Waited for Colbert on Feb 17th

Gorgeous, sunny day here – perfect to wait around for John Corbett – who showed up at 2010 by the Science Centre half and hour late…but he was pretty funny. “It’s 11:30 at night, but it’s still light out and no snow…” this at 9am. And we know, someone south of us will believe it. 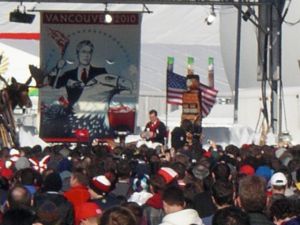 Colbert on stage near Science World

A bathroom or ten might have been a bonus – future organizers take note – all 7000 people had to pee… and next time instead of bringing your TVs from home, why not rent two BIG SCREENS??
But fun anyway…
Had the thrill of attending Maelle Ricker’s press conference a few minutes ago…my camera battery is acting up and the photos I am taking with Lisa’s camera are a tad fuzzy….
I’m going to check out the media showcase in the BC Pavilion after I’ve talked to Mr. Bidu and then back on transit again.
More to come.
Oh yeah! Check out my suite blog: Vancouver 2010 Olympics: First Impressions

Tagged as 2010 impressions, a day at the olympics, colber

Read about my first impressions of the Olympics 2010 on the Limelight Blog here. Includes some great pics.
Julie

Filed under Events and Readings

What is a ‘Real’ Hockey Fan?

My son says I’m not a real Canadian Hockey fan. I beg to differ. I like to go to Canuck’s games. I like to do the wave and sing ‘Oh Canada.’ I love beer and I will wear a hockey jersey as long as it’s only for a few hours. I’ve seen the green men on more than one occasion. I am watching (even as I type), Team Canada cream Norway – 7 to 0…final score. I do feel sorry for the losers, but I’m glad we won. 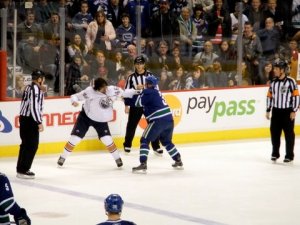 I have Canada earrings on that I bought in a vintage jewelry store on Main Street. And…wait for it… I once spent three seasons working at the Hot Stove Club in The Maple Leaf Gardens. I was a waitress. I met Don Cherry and Ron McLean and lots of other hockey dudes.
So, I am a real hockey fan… pass me a Pale Ale. 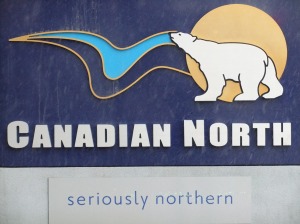 We Love Hockey in the North 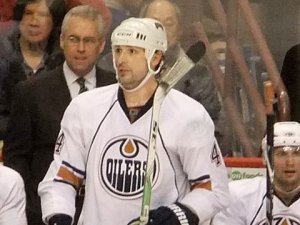 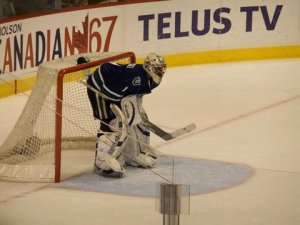 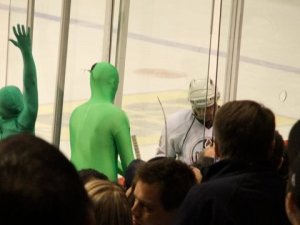 Filed under Events and Readings

Tagged as green men, how to watch hockey, real hockey fans, what is a hockey fan

“On behalf of all British Columbians, I congratulate Alexandre Bilodeau
of Montreal, Quebec for being the first Canadian in Olympic history to win a gold
medal in Canada.

“Canadians have been dreaming of this moment for decades and Alexandre’s
spectacular performance was a breath-taking moment for millions across our country.

“This gold medal performance will be chronicled as one of the greatest
moments in Canadian sport history. It will inspire millions of young people from
across our country to work hard and pursue their dreams.

“As British Columbians and Canadians we are proud to welcome the world
with open arms to the 2010 Winter Olympics and this first Canadian gold medal will
bring us all a little closer as we unite to cheer on our Canadian athletes. Go Canada Go!”

God, what an exercise in frustration. I want to open a blogger.com account for revenue purposes – as much as I love wordpress free (and I do), I’d like to earn a few extra dollars. Well sorry Blogger, but your sign in process is really out of control – yes I know I once had an account with you an eon ago at some random hotmail address, but guess what, I can’t remember it…I never will and you are never going to allow me to just sign in and start all over again.
BTW, I can’t sign in using my old blogger account, cuz I don’t know it….
So see ya. I’ll find some other way to monetize, but it won’t be with you.

Filed under Give Me a Break

Plans for Sunday, Feb. 14th include the Chinese New Year Parade downtown Vancouver and a romantic dinner at Salad Des Fruits on 7th. Lots of chocolate as well. Lisa and a few other friends (actually half our group were Lisa’s) a working brunch, went for Dim Sum earlier today at Sun Sui Wah Seafood Restaurant and it was, as ever, delicious and we ate way too much. Tonight it’s all about sushi – Lisa is choosing where to eat – she’s the visitor – my American cousin…
I’d add pictures of these adventures, but Mac won’t upload from my camera – something is broke – need to go to the MAC store, but not while the Olympics are on. It’s a drag though…
Anyway, we spend a lot of time on our computers working away, but it is fun to do it with another human…

Filed under Stuff to do